I’ve always wondered why Amazon has not jumped into the user-generated content game, especially when it comes to video, in an attempt to wrestle the crown from YouTube.

They have the audience base, brand recognition, and certainly the infrastructure to roll out such a platform. They are already in millions of homes natively with apps on platforms ranging from their own FireTV line of products, connected players like Roku, smart TVs, tablets, gaming machines like the PlayStation4, and more. Amazon also owns live-streaming giant, Twitch.

To its credit, Amazon is saying the program is for “professional video producers.” It’s not clear what that means and what the threshold is to be considered a professional producer, but for Amazon, it probably means having to not police user content uploads as much as YouTube does with programs like automatic content matching (which fails, a lot.) 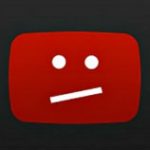 Just last week, YouTube made headlines when its systems let the Fox television network use a clip a user created and uploaded in 2009 of the old Nintendo game Double Dribble. Fox used that clip in an episode of Family Guy, and then had the original clip taken down claiming copyright. Read more at TorrentFreak.

It’s not clear if this was malicious, or it’s another example of YouTube’s Content ID matching system run amok, but the message is clear: there has to be a good way to monitor and handle legitimate copyright claims without letting the big guys beat up on the little content producers. Are some claims legitimate? Yes, of course, but more and more, based on YouTubers posting updates, the system is busted and people can easily take advantage of it for monetary gain.

These are the types of challenges Amazon is going to have to figure out if it wants to win at this game.

The other trick is how are they going to monetize users and encourage them to upload content to this new service? YouTube, owned by Google, makes it easy to integrate Google’s AdSense platform right into the showing of videos1.

The new Amazon service gives video producers many ways to get paid. They can sell or rent their programs on Amazon, or make videos available to all Amazon customers (not just Prime subscribers) in an advertising-supported format. Another option: Provide videos to Amazon Prime members and get royalty payments based on how many times the content is streamed, or as part of an add-on subscription.

Will Amazon force producers to sign exclusive publishing agreements, or can producers continue to post their content on multiple sites? That remains to be seen – and if that revenue sharing will be enough to lure producers from other platforms and move to Amazon.

According to 3playmedia.com, Amazon is putting some big time money in front of producers:

The most striking incentive is Amazon’s offer to pay $1 million a month to the makers of the top 100 AVD programs viewed by Prime members.

What interests me are the requirements for publishing on Amazon’s platform: the videos must be in high definition, which makes sense with so many TV-based players, and second, all videos must be closed captioned. That’s a great move for accessibility, and I bet many producers are going to have to scramble to find a way to easily caption their videos.

1 – I use an ad blocker 99% of the time, so I rarely see how they are integrated ads into the viewing experience.