Since I switched jobs last year, I’m now managing a marketing team with team members in the UK and one in China. It’s been very interesting to learn about marketing in China and what works and doesn’t. It’s been a big shift from higher ed, but one I’ve enjoyed learning about. I’ve only scratched the surface so far, and I know I have much more to learn over the coming months and years.

What has surprised me is that with the rise of social mega-services like WeChat, one technology that never quite caught on here continues to explode there.

The sad, maligned QR code. The things that’s had books written about it.

What’s been at most a novelty here, is serious business there. It’s not just for social either, QR codes are everywhere in Asia, and China especially. If anything, the demand for them is rising.

We’ve been using them for awhile, but they are a key part of our messaging in that region of the world. We put them on some printed materials, and we made favicards at Jakprints this year with a QR code that takes users to our brand’s WeChat page. Jakprints even tweeted them out:

Last night, my father sent me a picture from a McDonald’s in China where he’s travelling for business. Yes, the self-ordering and payment kiosk could be a post about the coming change in employment due to automation, but also pay attention to the QR codes prominently displayed on the side graphics. I don’t know where that QR code leads, but they’re not going away in China anytime soon. 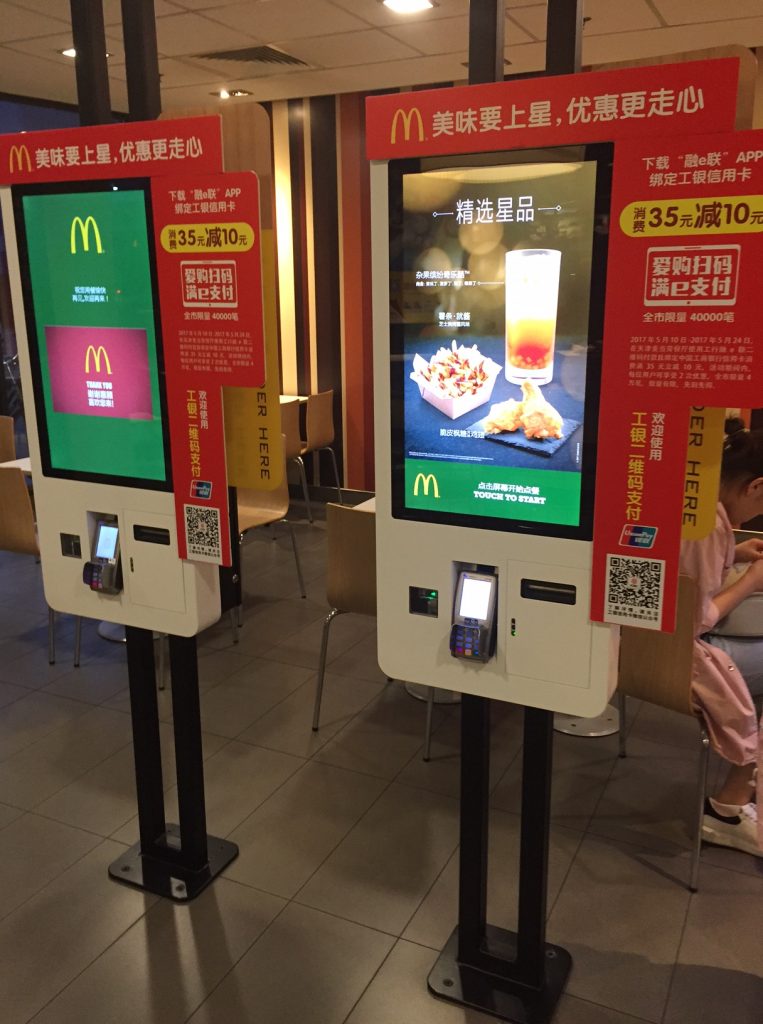