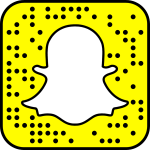 Snapchat certainly hasn’t been getting the press that Instagram and Facebook has lately. When Snap is covered, it’s been about falling stock prices. It’s about how they bungled their redesign and alienated users. It’s fair criticism. Snap didn’t do a great job communicating to users.  It’s had to roll back some of the design elements to appease users. It also seems they’ve lost ground on the stories feature to Instagram lately, which is a shame as Snap really pushed stories first.

I’ve written before about how I made my Snap stories public, and about Snapchat’s analytics tools they launched earlier this year. Since then, I’ve been randomly posting to my public feed. I haven’t had a plan or motive with my posts. In fact, it’s been mostly an afterthought in terms of my social usage this year. I’ve enjoyed the interactions and tools on Instagram (follow me here) over Snapchat, but I’ve got a much larger audience on Snapchat.

I was pleasantly surprised to see this weekend that my public story views went over the 500,000 mark. The fact that my stories have been viewed a half a million times is crazy. People around the world have spent over 33,200 minutes watching my stories. That’s over 550 hours. Crazy.

Observations on half a million views

What have I learned from reaching this milestone?

First, Snapchat isn’t dead. Have they fallen behind Instagram, especially on the stories side? Yes. But all’s not lost. In watching what social platforms my 16-year-old son uses, his main method of communication and sharing is Snapchat.

Snapchat needs to catch up where it’s fallen behind on stories. It needs to integrate new features like Instagram’s “ask a question” story feature. I plan to write more about the “ask a question” feature, but Snap should get something like that into it’s story as soon as they can.

Second, as I dig into the analytic data, I see that people who do view my story view all of the story. On my days, my story view percentage is 100%, and rarely dips below 95%.

Keep in mind, these people are mostly strangers, so the fact they follow all my posts shows users on the platform are engaged and watch stories. I don’t know if brand stories with lots of ads get the same sort of engagement.

Even when go without a post for a week or so, the viewership is still there and the numbers are consistent.

Finally, Snapchat needs to give users a way to discover other users easier. Instagram does a good job of this, but Snap doesn’t. I know Snapchat’s core functionality is between two people, but if they want to grow they need better user and  brand account search features. Easier search means more viewers means more ad dollars.

Now that I’ve reached this milestone, I wonder how fast I can get to a million views? Will it be before the end of 2018? I’ll post again when I reach that mark.